Circulating fluidized bed is a relatively new technology with the ability to achieve lower emission of pollutants. Extensive research has been conducted on this technology for the past 10 years because pollution in the world is getting more and more serious by the day and clean practice will be very crucial for the sustainability of the earth. The importance of circulating fluidized bed technology has grown recently because of tightened environmental regulations for pollutant emission.

How Does it Work?

Conventional coal plants use pulverized coal, ground to the consistency of facial powder, and burn it at temperatures between 2,200 F to 2,400 F. In contrast, CFBs use coal in chunks about 3/8-inch in size mixed with limestone and burn it at lower temperatures—1,500 F to 1,650 F. Air is blown into the boiler to suspend, or fluidize, the mixture. Heat in the boiler converts the limestone to lime that absorbs SO2, removing most of it in the furnace.

A CFB’s lower burn temperature produces less NOx. Overall, the CFB process removes some 98 percent of SO2 and produces roughly half the NOx compared with conventional coal plants. A cyclone turbulent air system returns ash and unburned fuel to the boiler to be burned again, making the combustion more thorough and reducing the volume of pollutants in the flue gas. CFB reduces or eliminates entirely equipment that conventional coal plants need to capture SO2 and NOx. 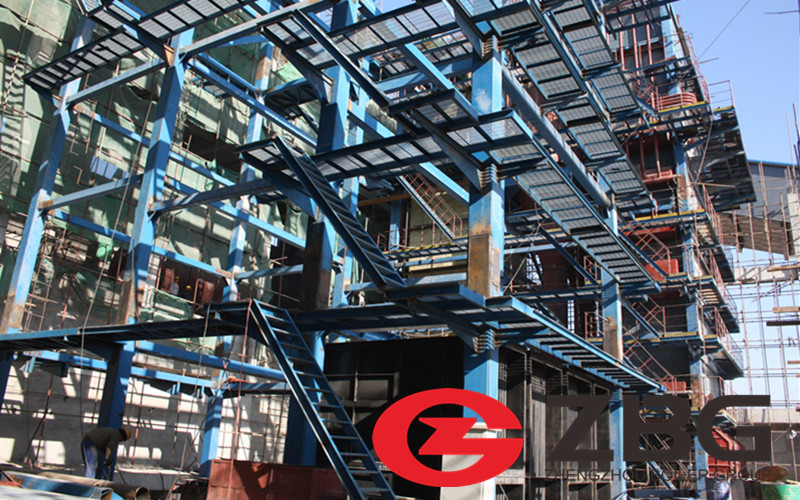 Early-generation CFB technology emerged in the late 1970s and early 1980s as bubbling fluidized bed technology using the same boiler floor grid as circulating designs. Ash or river sand was introduced to create a fluidized media that produced an active thermal zone within the first 15 feet of the combustor floor. But the media did not circulate out of the boiler and back into it for re-burning.

With CFB, solids are circulated all the way to the top of the combustor, into the cyclone return system, then back to the fluidized bed combustion chamber. The cloud of circulating solids creates a “flywheel” effect that generates massive thermal inertia. Whether the unit is at full or partial load, around 2 percent of the circulating mass is consumed as fuel.

IBR Steam Boiler Manufacturer in China
How to find a boiler for textile industry ?
Recommended Products